Where Are Cyclist Allowed to Ride? Cyclists Safety 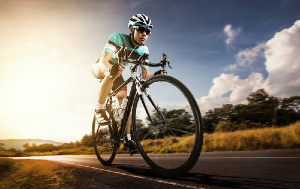 Montana encourages bicycle use, but there are bicycle accidents across the state that require the involvement of a Montana accident lawyer. Under Montana law, bicycles are motor vehicles. Bicyclists must follow the same rules of the road as drivers. There are several laws that focus specifically on bicycles though. These are found at the Montana Code Annotated section 61-8-601 to 61-8-609.

Under the state’s bicycle statute, a roadway is “that portion of a highway improved, designed or ordinarily used for vehicular travel, including the paved shoulder.” If a person is riding a bicycle on a roadway at less than normal speed given traffic conditions, he or she must ride “as near to the right side of the roadway as practicable.” As per our Montana bike accident attorney, here are some exceptions to this general rule.

On a one-way roadway that has two or more traffic lanes, cyclists are permitted to ride “as close to the left side of the roadway as practicable.” This actually enhances their conspicuity.

If more than one bicyclist is on a road and traveling in the same direction, they are required to ride in single file. The following exceptions exist to the single file rule when it is legal for cyclists to ride no more than two abreast.

If you were riding a bicycle, and you were injured as a result of the carelessness and negligence of a motorist, contact a Montana personal injury lawyer at Bulman, Jones & Cook right away for a free consultation and case evaluation. If we are retained to represent you, no legal fees are due unless there is a settlement or verdict.